Zenith
The Terra Blade is one of the most difficult swords to acquire in the game. It can be swung continuously, and fires a fast-moving, neon green, low-use time magical sword that somewhat resembles the terra blade. This projectile will travel nearly indefinitely if untouched, otherwise it dissipates when it pierces through three enemies, or hits a solid block. 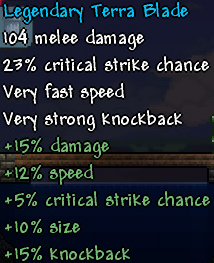 Legendary Prefix on a Terra Blade 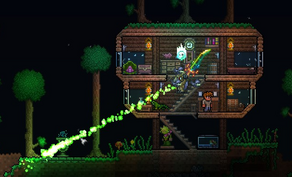 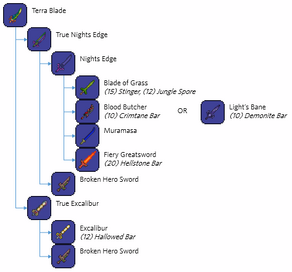