The Stynger is a ranged weapon that shoots Stynger Bolts, which break apart into shrapnel dealing additional damage to nearby enemies. It is dropped by the Golem. 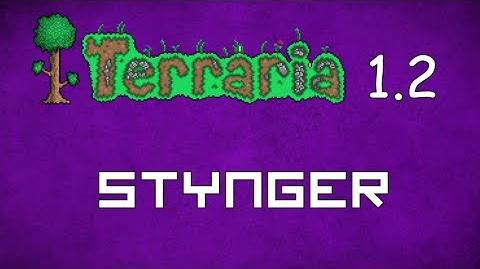