The Stake Launcher is a ranged weapon dropped by Mourning Wood during the Pumpkin Moon. It uses Stakes as ammo, which can be bought from the Witch Doctor or Arms Dealer when this weapon is in the player's inventory. The Stake Launcher is considered as an arrow type weapon and will receive relative bonuses. The Stakes travel incredibly fast and can pierce unlimited amounts of enemies.

On top of this, the Stakes deals 1000% damage to Vampires during a Solar Eclipse. 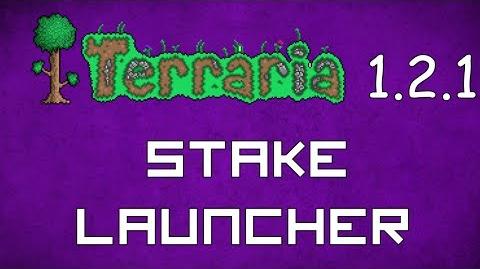 Stake Launcher in use
Community content is available under CC-BY-SA unless otherwise noted.
Advertisement