Summons a baby slime to fight for you.

The Slime Staff summons a Baby Slime (Minion) to fight for you. The slimes have a very high attack rate, which makes it hard to hit monsters that the slimes are attacking due to the very short temporary invincibility that monsters get when you hit them. The slimes are not very effective against flying enemies as they are ground-based minions. While they do have wings, they only use them to catch up to the player. Also, the best prefix is mythical because the damage increment is the same.

The staff is a useful item almost throughout the game, especially pre-hardmode since the baby slime can slow almost any monster with its minor knockback. 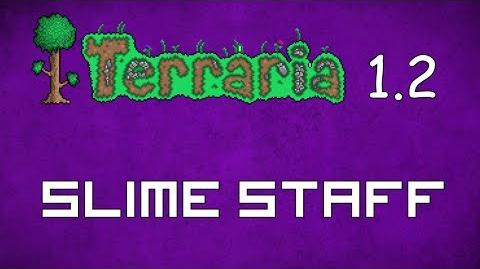