Silver Bar
Silver Brick
Silver Ore is a mineral obtained mainly underground, and more rarely above-ground. It is also commonly found on Floating Islands, much like Gold Ore. It is generally found in formations of 5-40 blocks.

Silver is one tier below Gold and one tier above Iron in strength and rarity. 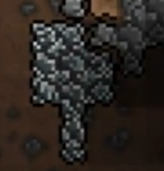 An image showing the separation of silver ore and stone. 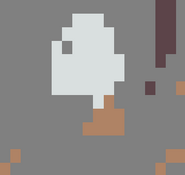