Emit an aura of light

Alchemy Table
Placed Bottle
The Shine Potion makes your character glow for 5 minutes, which is useful for exploring caves underground, or even if you just want some light during the night. It loses some of its usefulness when you obtain the Shadow Orb (previously called the Orb of Light), as the materials needed to make the potion could be used for more useful potions. However, unlike the Shadow Orb, it follows the player without lagging behind, and is much brighter. 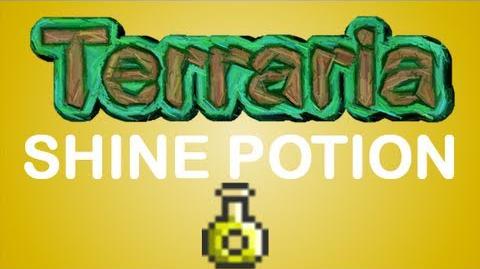 The small character shown in the buff icon for the Shine Potion is the same as the Guide Voodoo Doll, same with the debuffs On Fire and Cursed Inferno. 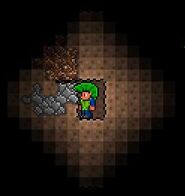 Shine Potion in use.