This is a good idea!

Furnace
The Sandgun's ammo is sand, which is affected by gravity, so it's possible to hit oneself. When the sand projectile hits any object, it will turn into a clump that will gather on the ground, making the ammo reusable. It can very quickly cause a mess, hence why it is banned on most online servers. However, it can be effective in creating walls and blocking off entrances quickly.

The Sandgun can also use Ebonsand Blocks, Crimsand Blocks and Pearlsand Blocks as ammo, on top of normal sand. The other types of sand will penetrate through targets. 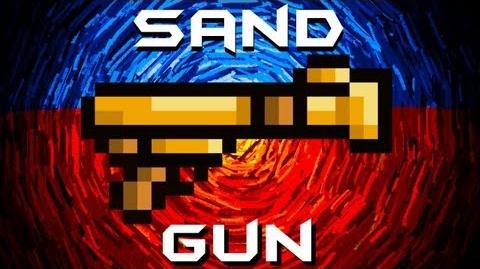