The Rocket Launcher is a ranged weapon that deals damage over an explosion area when fired. It has four types of ammunition, each stronger than the last. As with all explosive weapons (except Snowman Cannon), players can harm themselves by standing within the explosion radius of this weapon. 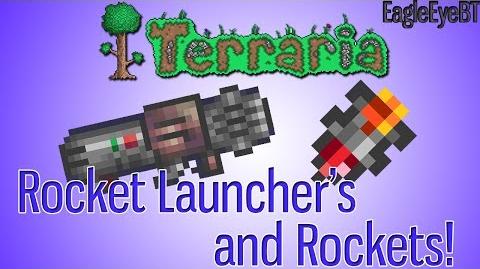 The Rocket Launcher uses four distinct types of ammunition, each very similar, that can effectively be used to determine how destructive the shot will be. The type of ammunition used does not affect the total distance or speed of the projectiles.

The available ammunition types are:

Note: All damage values are in addition to the 50 base damage of the weapon.

According to forum posts and a personal reforging test with 10 Platinum it seems that the Rocket Launcher cannot be reforged to Unreal, thus Godly being the best prefix it can obtain as of version 1.2.0.3.