Spectre Boots
The Rocket Boots are an accessory which allows a player to fly for a ~1.6 second period (approximately 100 frames) by pressing and holding the jump key in the air. The Rocket Boots will recharge as soon as you touch a solid block, grab any kind of Rope, or if you use a Grappling Hook or any grappling device. They are sold by the Goblin Tinkerer. 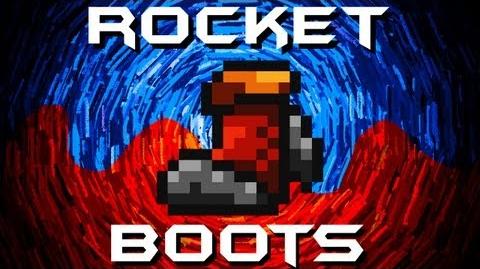