Mythril Anvil
Orichalcum Anvil
The Rainbow Rod fires a controllable orb similar to that of the Flamelash and Magic Missile, however, unlike the aforementioned weapons, the orbs change color whilst being controlled (only clearly visible at night or underground). The Rainbow Rod is the most powerful of all missile spells. 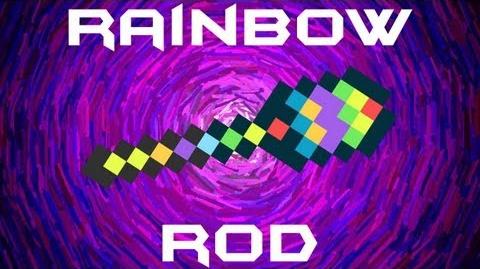 A Wyvern lit up by a Rainbow Rod's Rainbow
Español
Community content is available under CC-BY-SA unless otherwise noted.
Advertisement