30-60 Happy Grenades
The Party Girl is a friendly NPC that was added in the 1.2 update. She sells party supplies to the player. 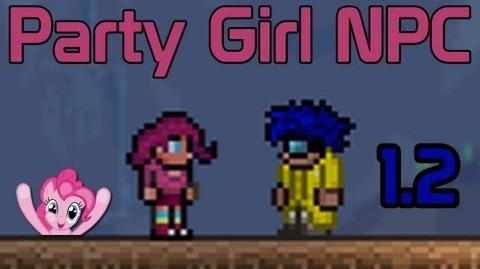 She has a certain criteria that must be filled before she is eligible to spawn, after which she has a 2.5% chance to spawn on any given day:

It is worth mentioning that if she dies, this criteria must still be fulfilled before she is eligible for the 2.5% chance to spawn again.

She throws Happy Grenades that explode and release confetti when they strike an enemy.