Paintball Gun
The Painter is a new NPC as of 1.2. He sells painting tools, cans of paint, wallpaper, and even a few paintings depending on where he is housed. He will spawn when you get a banner or painting of some sort and only if at least 7 other NPCs have moved in. 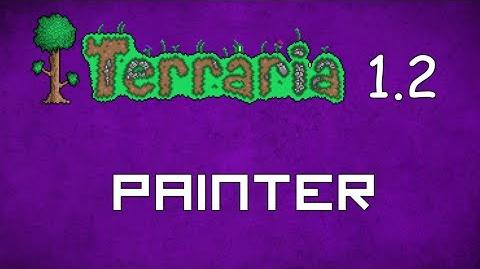 Uses a Paintball Gun against nearby enemies which he drops if he is killed.