'Half shark, half gun, completely awesome.'

33% chance to not consume ammo.

Megashark
Star Cannon
The Minishark is a pre-hardmode, rapidly firing machine gun. If the player has a lot of ammo, it can be very useful for taking out bosses such as the Eye of Cthulhu, Skeletron and the Eater of Worlds. While being effective in pre-hardmode, this weapon is almost obsolete in hardmode, as all enemies have a lot of defense and it is such a waste to use all the bullets against only a single enemy, and is mostly replaced by it's direct upgrade, the Megashark. 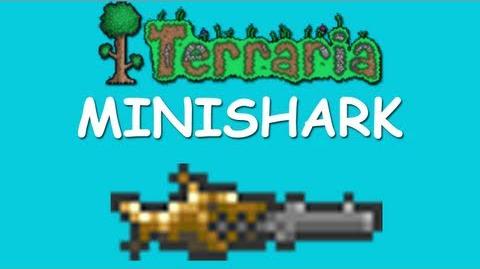