and there is a Home for him to live in. Once the requirements are met, the Merchant will move into a vacant home in the player's world and begin to buy and sell items. When enemies are near, he will throw Throwing Knives at them. 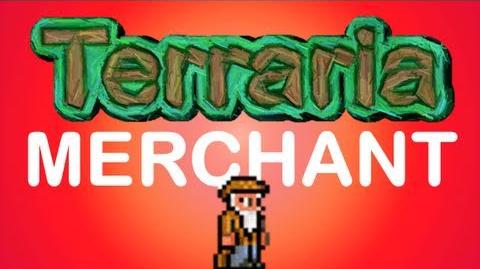