Gaze in the mirror to return home

Cell Phone
The Magic Mirror is an item that allows almost instant teleportation back to the world's spawnpoint or to the player's Bed (if the spawn point is set). It can be found in chests located underground. The item has a short delay of about one second; during this time, the player is susceptible to damage.

Be careful: While in the hotbar, the Magic Mirror can be used accidentally while exploring or fighting. This can be avoided by keeping the item out of the hotbar or locking it, although this may hinder the player's ability to use it for escape purposes in a pinch. 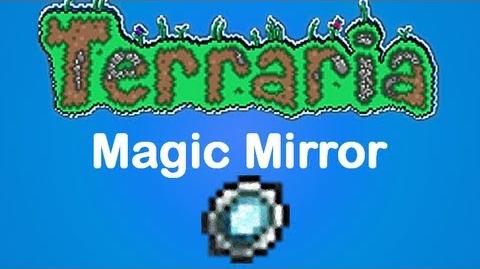