In addition to their immunity to lava and the On Fire! debuff, they are also proteced against Poisoned, Venom, Cursed Inferno and Shadowflame.

During the Expert Mode, Lava Slimes always drops one-block of lava that falls downwards. This can endanger the player when exploring Underworld Houses, and can catch the player off-guard when fighting the Wall of Flesh. 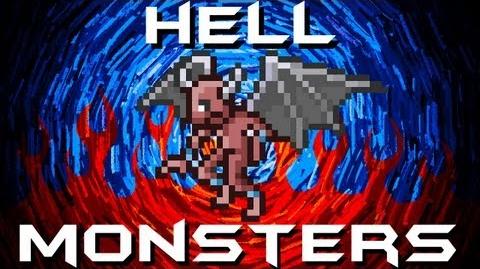