The Flare Gun is a ranged weapon that can only shoot Flares and Blue Flares. It can sometimes be found underground in Chests, alone with flares.

The flares fired by the Flare Gun give as much light as a torch, stick to surfaces (in the same way as Sticky Glowsticks), and are not doused by water, making this item a very handy tool for exploring. 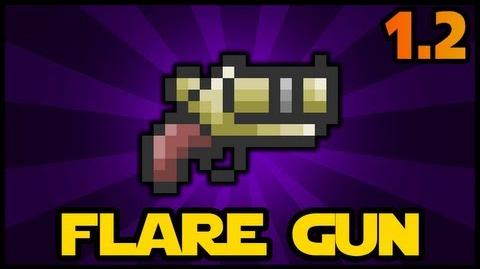