The Dye Trader is one of the eight NPCs introduced in the 1.2 version. The Dye Trader will spawn when there is a home available and the player has a Strange Plant in their inventory. It is not possible anymore to get the Dye Trader with the Yellow Marigold in a player's inventory, as this was only a feature in 1.2. 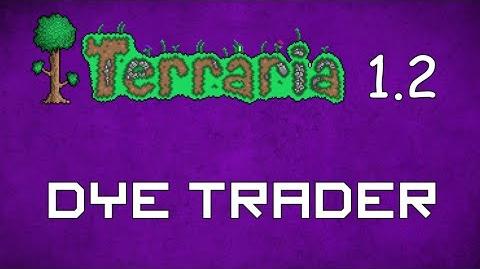 Uses an Exotic Scimitar against nearby enemies.