The Dual Hook is a grappling device. Its main advantage and prominent feature is that it allows the user to throw two separate hooks at the same time. Unlike the Ivy whip, only one hook may be latched at a time. This gives some personal preference to be chosen, as while the Ivy Whip may anchor to more things at once, the Dual Hook allows for more rapid movement. This also differentiates itself from the Grappling hook in that one may stay anchored instead of falling when firing the second hook. 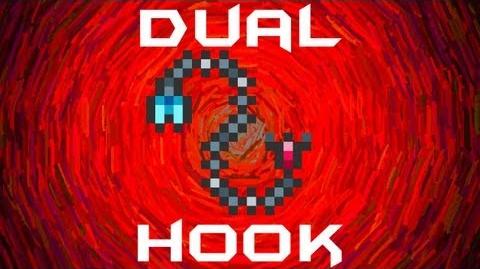 It has better range than the Ivy Whip, and the hooks are shot with greater velocity, making it somewhat more accurate while still allowing grappling from one surface to another without jumping off.

When you grapple onto an object the blue will come first, if you remain on that block and grapple again the red one will be used, the blue hook emits a small amount of light, the red hook emits a slightly larger amount of red light. The Dual Hook has a grapple time limit of ten minutes. 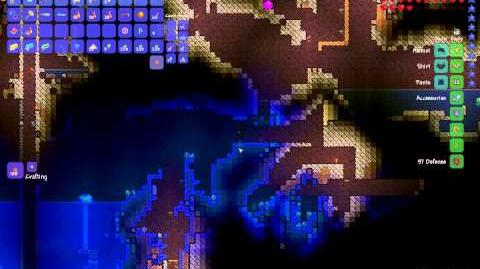 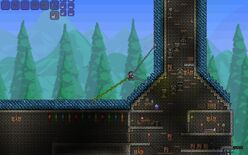 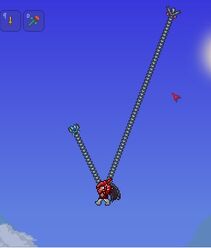 Both hooks can be fired at the same time. 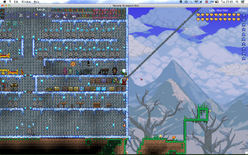