GPS
The Depth Meter is an accessory that tells the player how far above or below your character is from the surface level. The surface level is defined as the point where the background wall changes. It will display "feet above", "feet below", or "level" as relation to the biome change horizon between The Underground and the Forest. One in-game block represents 2ft on the Depth Meter. This suggests the character and other humans are just under 6ft (1.8 meters) tall and occupy an area a little less than 4ft wide. 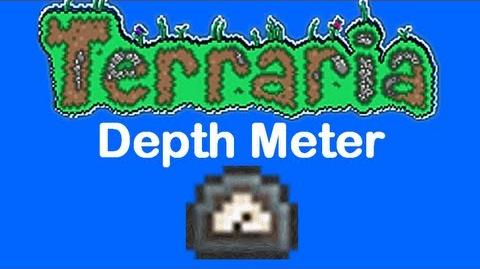