No Value
The Demon Altar is a crafting station that can be found in Chasms in the Corruption, Underground, and exceedingly rare in water, above ground, or in Dungeons. They are the counterpart to Crimson Altars.

The Demon Altar is used to create the following items: 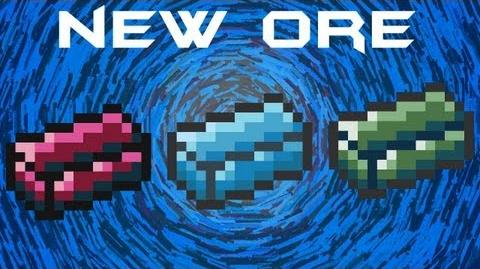 As of v1.1, it is possible to destroy these Altars with the Pwnhammer dropped from the Wall of Flesh. Destroying them "blesses" your world with three of six new ores, Palladium or Cobalt, Orichalcum or Mythril and Adamantite or Titanium. Depending on how many Altars you choose to break they will spawn in that order respectively. Blessing your world turns any type of block that is usually generated with pre-Hardmode ore (from the Underground or below) into the new ores and places one Pearlstone Block and Ebonstone Block randomly in the stone layer (this means that if you built a dirt/stone path to fight the Wall of Flesh, ore could spawn in it). By destroying more Altars, your world will get more of the new ores, but every 4th Altar spawns fewer ores than before. 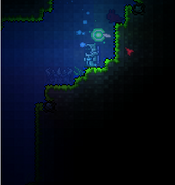 A Demon Altar in a Jungle Underground. 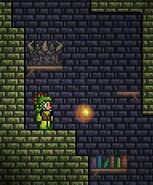 Apparently, Demon Altars can even spawn in the dungeon on wood platforms!

A very rare spawn - 10 Demon Altars in the Ocean

A rare spawn of 3 demon Altars at the surface...

Demon Altar in a valuable hall

Two glitched demon altars on top of one solid block each.