This page is about the weapon, for the material see Cursed Flame.

Cursed Flames is a spell that can be crafted once hardmode is reached. The spell sends out a ball of fire much akin to the Flower of Fire, but is bright green in color. The Cursed Flames also travel faster, farther and they hit twice instead of just the once that the Flower hits. It doesn't wear off over time, unlike Crystal Storm, instead disappearing after hitting blocks 5 times. 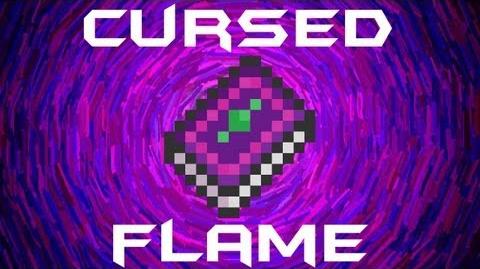