The Crystal Ball is a furniture item which can be purchased from the Wizard. Once placed, the player can right-click on the Crystal Ball to receive the Clairvoyance buff. It also gives out an occasional glow that produces light. As of 1.2.3, it can be used as a crafting station when placed no more than 1 block away from a Water or Lava source. 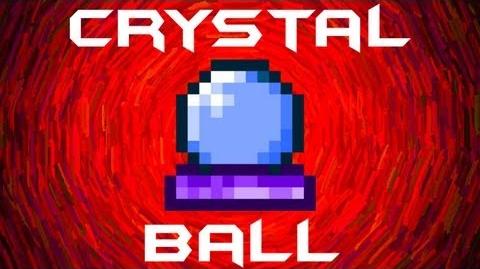