Summons a cloud to rain blood on your foes

The Crimson Rod is a spell that was added in the Terraria 1.2 update. It is a drop from Pulsating Hearts in The Crimson. When cast, the Crimson Rod creates a cloud which constantly rains damaging blood on enemies below it. This cloud lasts approximately 30 seconds and will be repositioned if the spell is cast again. This is a handy weapon when dealing with more than one enemy, even though it is a weaker version of a Nimbus Rod and only casts one cloud instead of two. 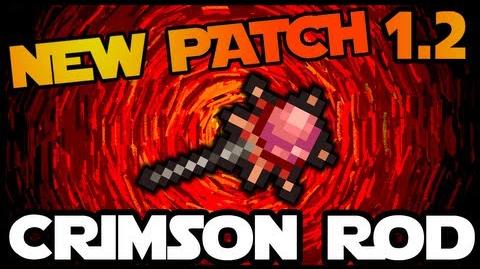