No Value
The Crimson Altar is a crafting station found in The Crimson, replacing Demon Altars in any world which has the Crimson instead of The Corruption. Crimson Altars have the same functions as the Demon Altar, as it can be used to craft the same items that the Demon Altar can, including Worm Food, in addition to being used to craft the Bloody Spine. Other than the same crafting function, when broken it will also generate the Hardmode ores (Mythril, Cobalt, Adamantite, Palladium, Titanium, Orichalcum) in a world. Attempting to break a Crimson Altar Pre-Hardmode With a tool that can will result in the player taking damage. To destroy a Crimson Altar, a player would have to use a Pwnhammer. When the altar is destroyed, several Wraiths will appear. 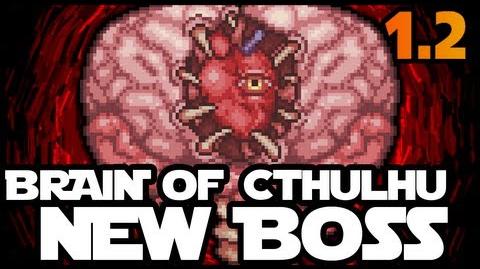 Crimson Altars can be found outside the Crimson as well

4 crimson altars at the bottom of a living wood shaft 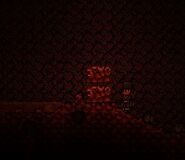 2 Crimson Altars on top of each other!

Crimson altar in an ocean biome

5 Crimson Altars in The Dungeon.

A crimson altar which has not generated on blocks.

A shadow orb near a crimson heart (SUPER rare)
Community content is available under CC-BY-SA unless otherwise noted.
Advertisement