The Clentaminator is a tool that has been added in the 1.2 update. By use of solutions sold by the Steampunker, it allows the player to replace any biome with The Corruption, The Crimson, The Hallow, The Purity, or in the case of the jungle (on Jungle Grass Blocks using Dark Blue Solution) Glowing Mushroom Biome. It has the same firing pattern as the Flamethrower, but has more range (60 tiles) and can fire through blocks. 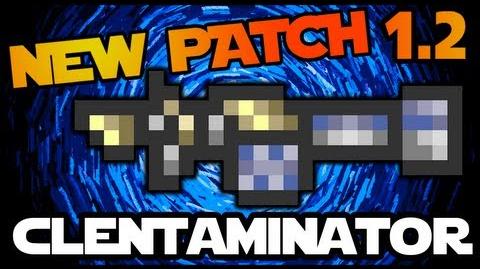