A Bookcase is a furniture item and counts as a flat surface for NPC rooms. It allows you to stand on top of it or place other items on top, such as more Books or the Pink Vase. It is near double the height of the player and almost twice as wide. Bookcases are also used to enchant Spell Tomes, so it is a crafting station. There are 27 craftable Bookcases, and 6 which are lootable from different areas in the game. (Four from the Dungeon, one from The Underworld, and one from the Pirate Invasion.) 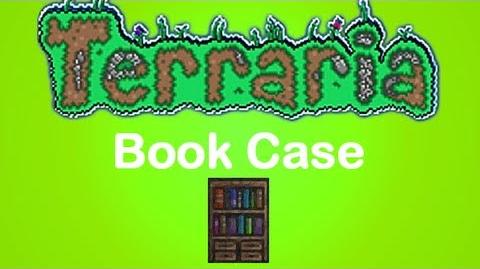 A house with a Bookcase in it

Obsidian Bookcases can be found in Underworld Houses after the 1.2 update