A Banner is a furniture item that acts like a painting, however, it can be hung from the ceiling. There are four types of craftable banners as well as 106 other banners which can be obtained from natural buildings or by killing monsters.

As of 1.3.0.1, banners are automatically deposited into the inventory of the player to kill every 50th of a specific type of mob. If the inventory is full at the time, the banner will be dropped to the ground.

Additionally, Creature Banners now radiate an aura, reducing damage from the specific mob from the banner, and increasing damage done by the player to those mobs. 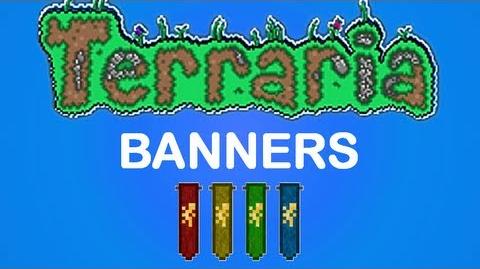