Enables solid blocks to be toggled on and off

The Actuator is a device that allows any solid block to be toggled on and off much like Active Stone Blocks. Actuators are placed much like wire; they can be placed over blocks or in empty space with or without walls. Once placed, they act like wire in that they disappear when not holding a wire item and can only be broken with a wire cutter (breaking the block they are on will not remove the actuator).

Actuators can be used for the easy collection of (Glowing) Mushroom farms by placing them on every block where a mushroom grows. This principle can likely be applied to other items that grow on certain blocks such as crystal shards and fireblossoms. They can also be used to hide secret bases, as well as various other uses.

Actuators can be used to replicate an effect of doors; much like when doors are opened, when blocks become inactive, players grappled to the block fly forward at high speeds. This can be used to reach maximum speeds nearly instantly. When combined with pressure plates, this effect can be triggered automatically. 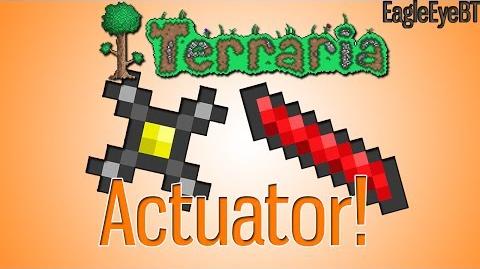 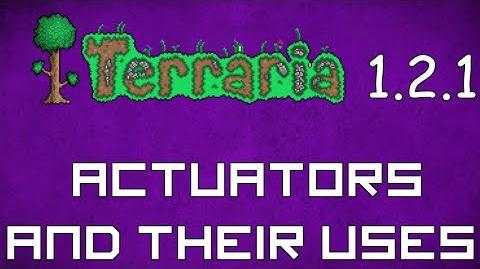 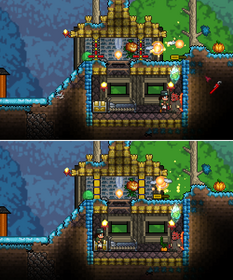 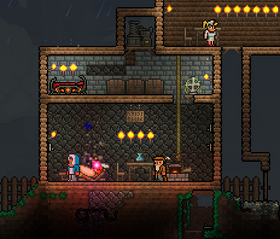 Using actuators for doors so zombies cannot burst into my house during a blood moon. 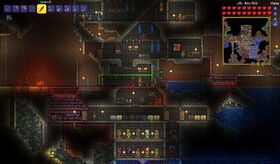 Using actuators to create drawbridges. To achieve this, attach actuators onto the first set of blocks and wire them to a switch, then flip the switch and wire up the other set of blocks. The red wire is hooked onto the actuators and the green wire is wired to dart traps.